Following the successful reengineering of Longstone Lighthouse, the visitor centre has been reopened to the public with improved displays and interactives for all the family

The lighthouse is famous as the scene of one of Britain’s most courageous rescues, when lighthouse keeper’s daughter Grace Darling rowed out with her father into storm conditions to save nine victims of the foundering steamer Forfarshire in 1838.

Much of the design of the upgraded visitor centre areas are given over to telling the story of Grace and her father William, of the rescue and their life at the lighthouse; the Darling family were the first to live in the lighthouse after it was built by Trinity House in 1826.

The visitor centre also looks at the history of Trinity House and brings visitors of all ages up to date on what the maritime charity and General Lighthouse Authority is doing today to carry on the work it began in 1514.

Visitors can view Grace's tiny bedroom from where she spotted nine survivors desperately clinging to the rocks. Despite a raging storm, the Darlings launched the lighthouse boat and rescued the survivors, caring for them in the lighthouse for two days until the storm subsided.

In putting together the new and improved displays, Trinity House was assisted in part by the team at the RNLI Grace Darling Museum in nearby Bamburgh, to whom Trinity House is very grateful; it is hoped that the two attractions will be the perfect complement to each other. 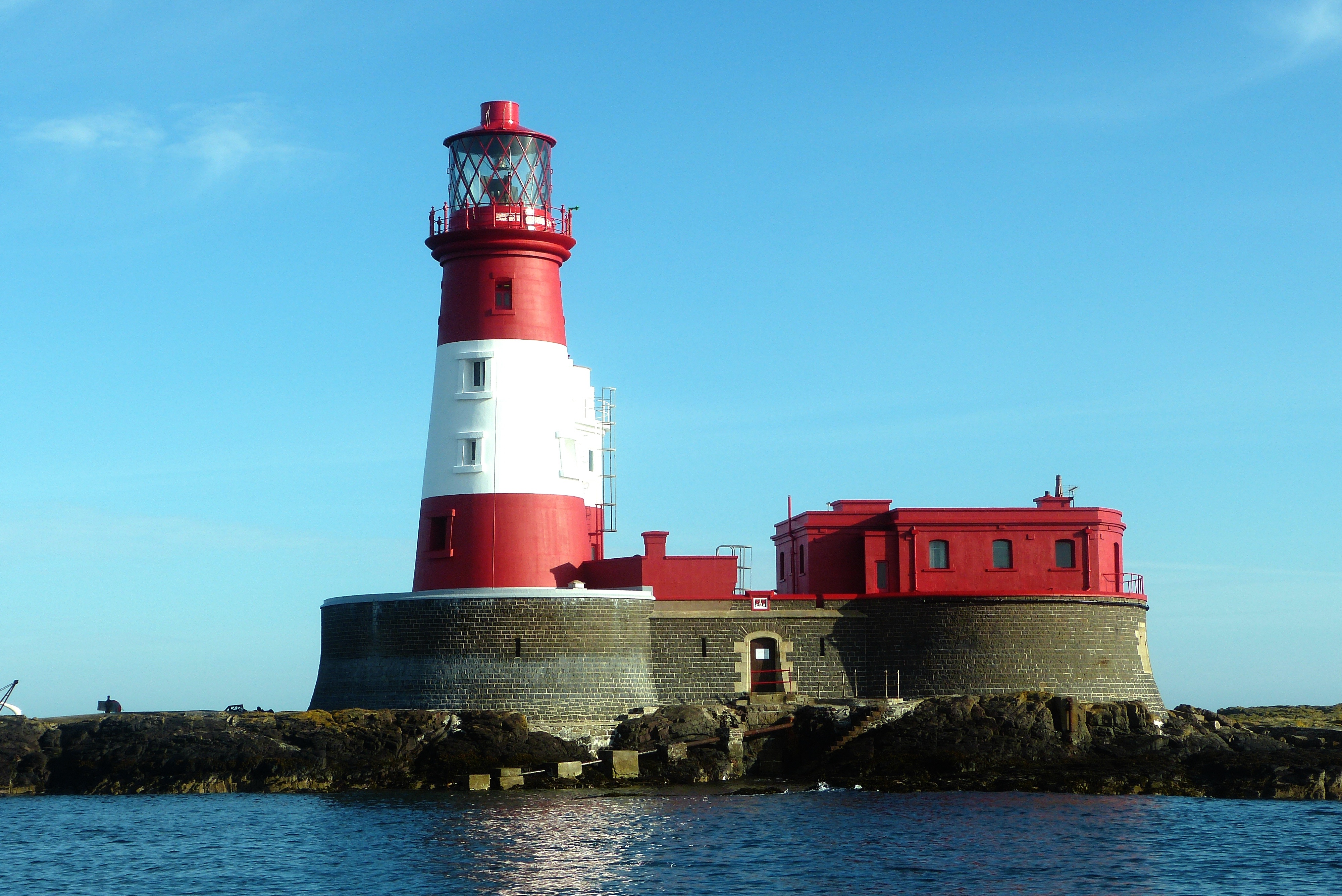 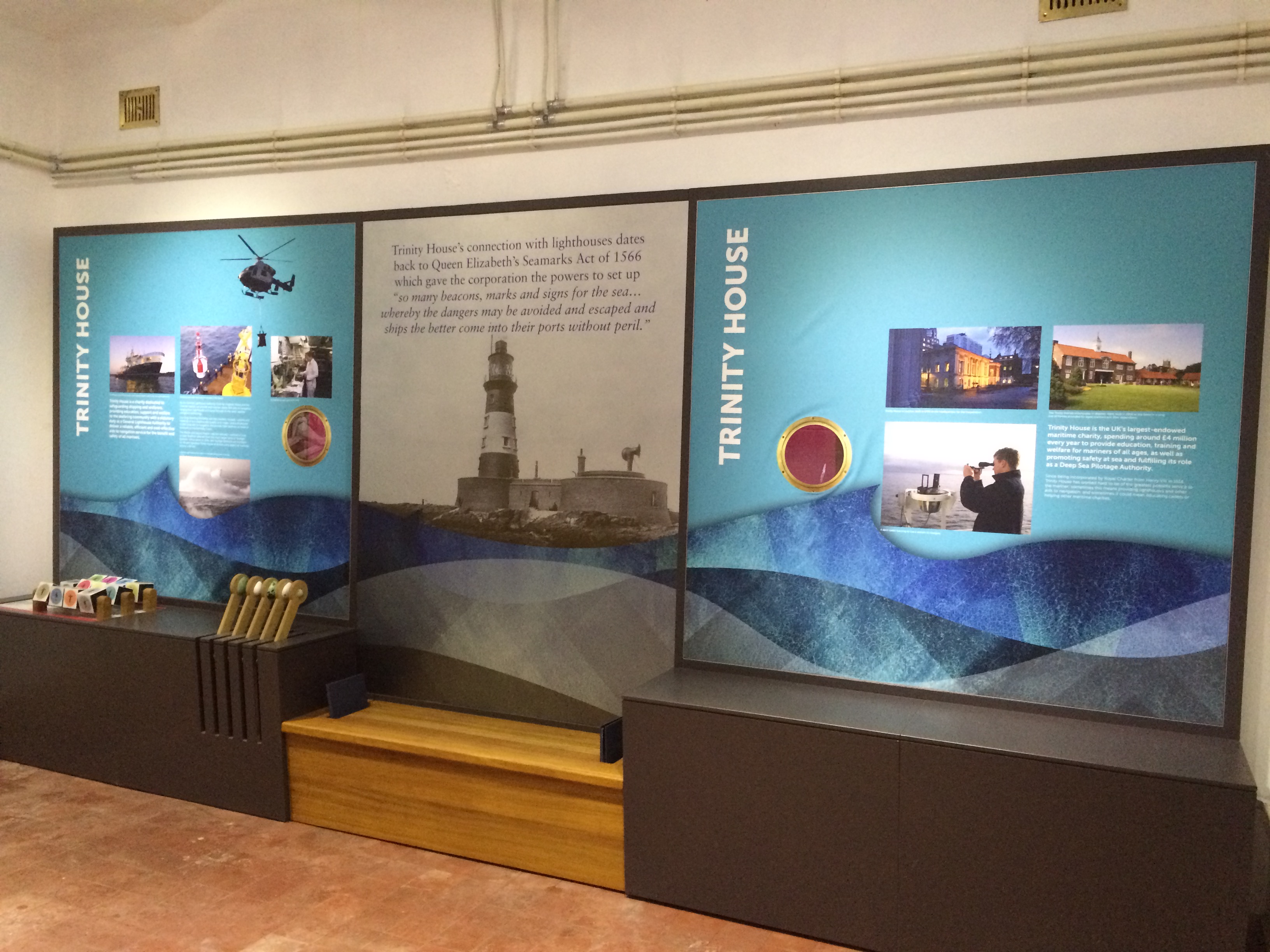 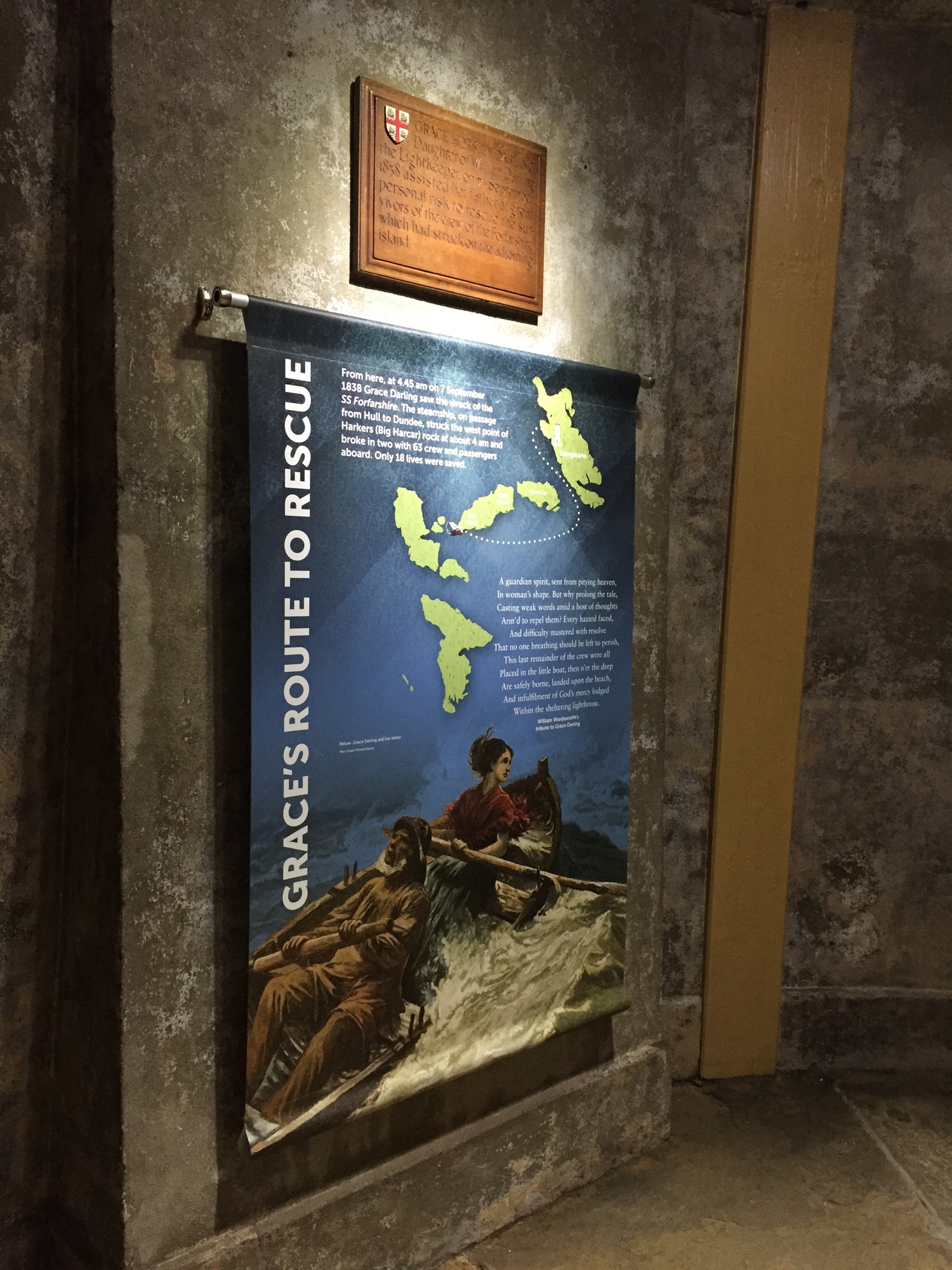 The Corporation of Trinity House was incorporated by Royal Charter in 1514 to oversee the improvement of pilotage on the River Thames and manage the welfare of distressed seamen and their dependents. Today it is the UK’s largest-endowed maritime charity, wholly funded by its endowments, spending over £4m each year on its charitable activities including the safety, welfare and training of mariners, and the promotion of safety at sea.

It also serves the mariner as the General Lighthouse Authority (GLA) for England, Wales and the Channel Islands, with responsibility for nearly 600 aids to navigation, from traditional aids such as lighthouses to the latest satellite navigation technology. As a maritime fraternity with over 400 men and women selected from all aspects of maritime UK it also advises or is involved with a number of other functions and duties that safeguard shipping and the mariner.

For more information about the recent reengineering of Longstone Lighthouse, please see the article at www.trinityhouse.co.uk/articles/re-engineering-the-longstone-lighthouse

The Grace Darling Museum in Bamburgh, Northumberland, commemorates the life of Victorian Britain's greatest heroine and the story of the wreck of the steamship SS Forfarshire on 7 September 1838.

Sail out to this isolated lighthouse in the rugged Farne Islands, the setting for Grace Darling's famous heroics in 1838

One of our most iconic lighthouses, built in 1826 by Joseph Nelson and originally called Outer Farne Lighthouse, Longstone has national heritage and historic interest