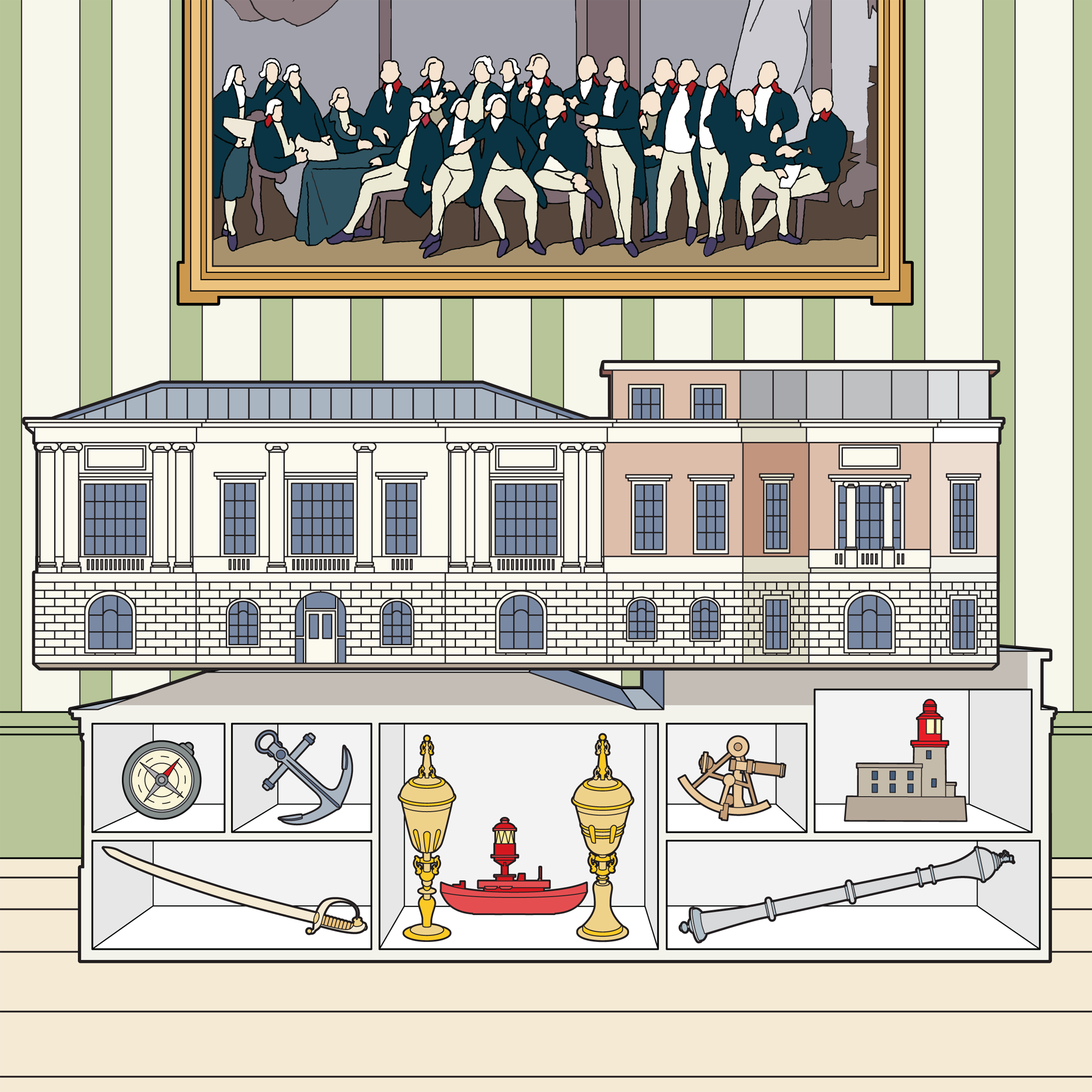 Since 1796 Trinity House has been based at its central London headquarters at Tower Hill, alongside the River Thames.

Rebuilt after the Second World War, its beautifully-appointed rooms have hosted royalty, mariners, prime ministers, scientists and visitors from all over the world and houses many fine paintings, models and treasures.

Take a tour of our headquarters

A to Z of Trinity House