NOTICE - At this time, Trinity House are unable to confirm when delivery of new purchases will take place and are unable to fulfil collection orders. Thank you for your understanding.

Light Upon The Waters: the official history of Trinity House 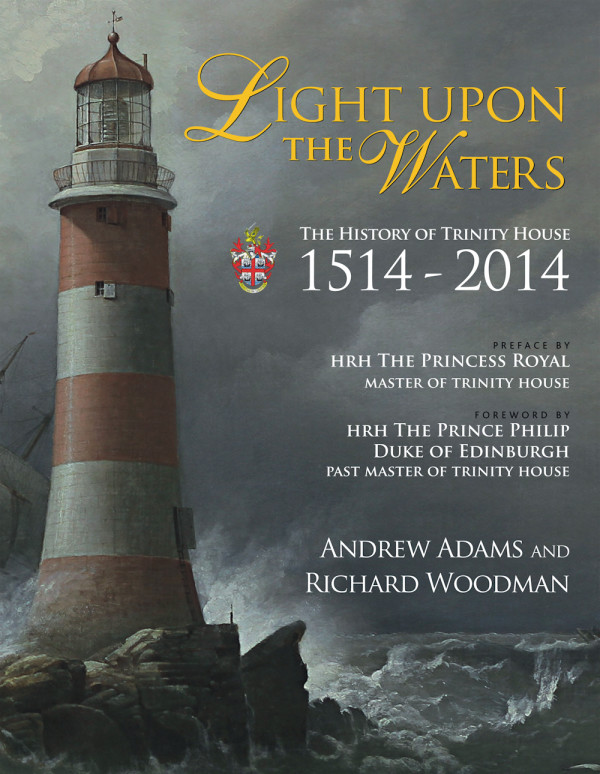 As part of our quincentenary celebrations we have produced the definitive history book of the Corporation Light Upon The Waters.

This item is sold by Trinity House Events Limited

This definitive history of Trinity House is published as a hardback, large format book (230mm wide x 297mm high), with over 300 pages and a full-colour dust jacket. It is illustrated with over 300 colour and mono images.

This hardback, large format book delivers a fine illustrated history of Trinity House and calls upon the strengths of two experts in their respective fields: Captain Richard Woodman and Captain Andrew Adams.

Captain Adams was a boy seaman when he joined Trinity House in 1963. During his over 40 year career he gained a wide experience afloat, becoming Chief Pilot in the Port of Harwich, and an RNR Captain and Nautical Adviser. His contribution to this book derives from his interest in a knowledge of the history of pilotage. He is a Younger Brother of Trinity House.

Captain Woodman went to sea aged 16 and served in cargo-liners and Ocean Weather Ships before spending more than 30 years with Trinity House, several in command afloat and ashore. He was elected an Elder Brother in 2006. He is a keen yachtsman and an award-winning author with over 50 published works to his credit.