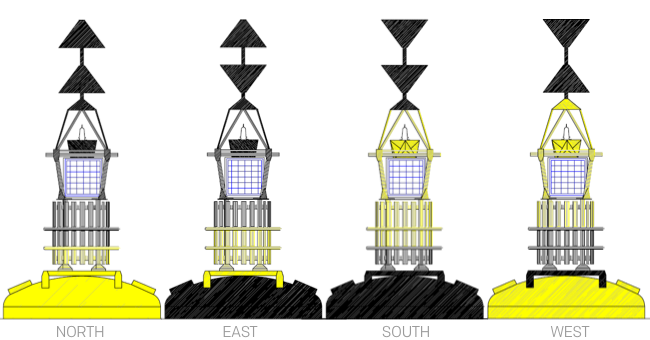 Cardinal marks indicate that the deepest water in the area lies to the named side of the mark. They are used in conjunction with the compass to indicate the direction from the mark in which the deepest navigable water lies, to draw attention to a bend, junction or fork in a channel, or to mark the end of a shoal.

There are four types of cardinal mark which indicate the mariner will be safe if they pass;

In the case of a new wreck, any one of the Cardinal buoys may be duplicated and fixed with a Radar Beacon (RACON). 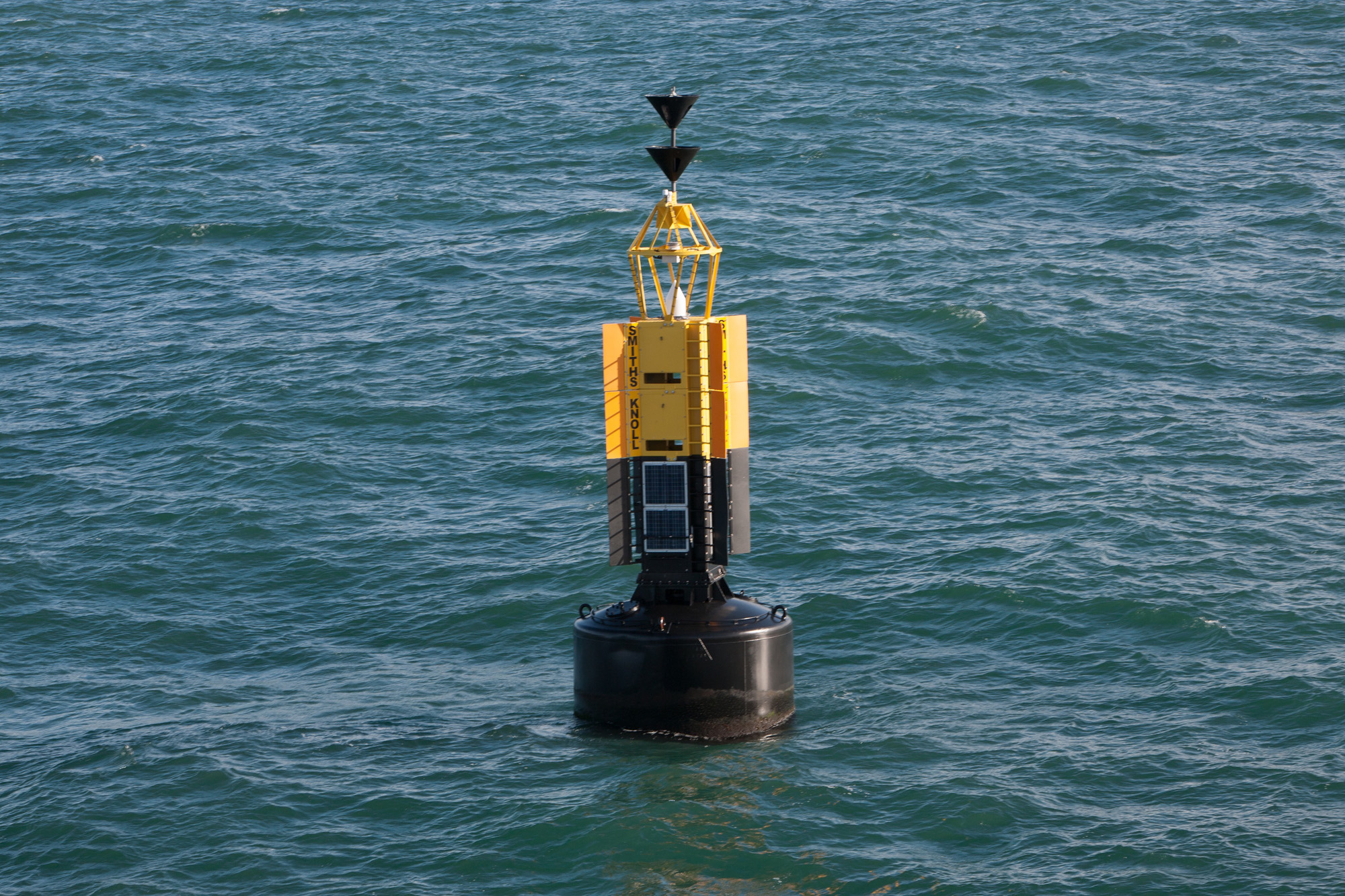 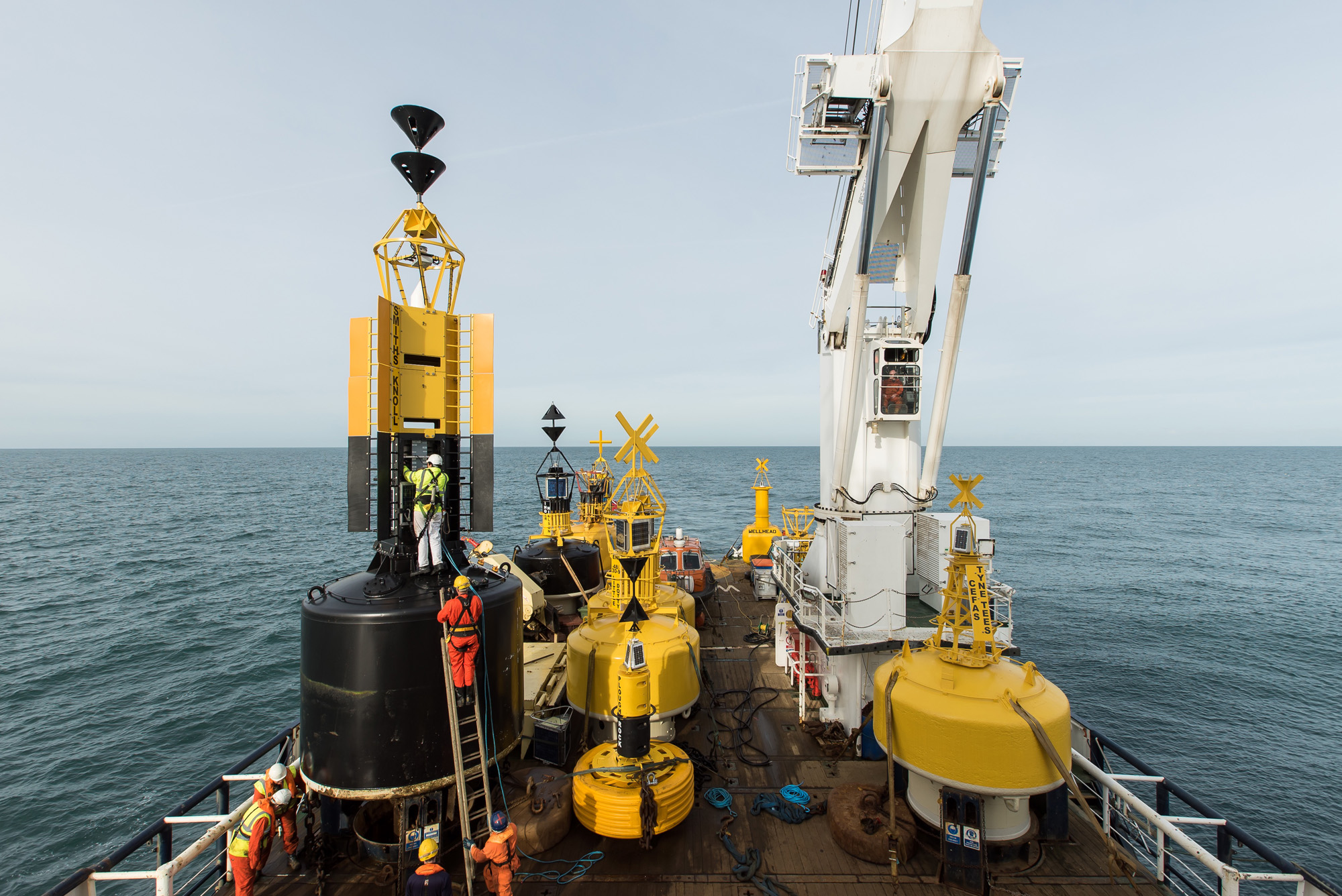 A cardinal mark buoy being prepared for deployment aboard THV Galatea 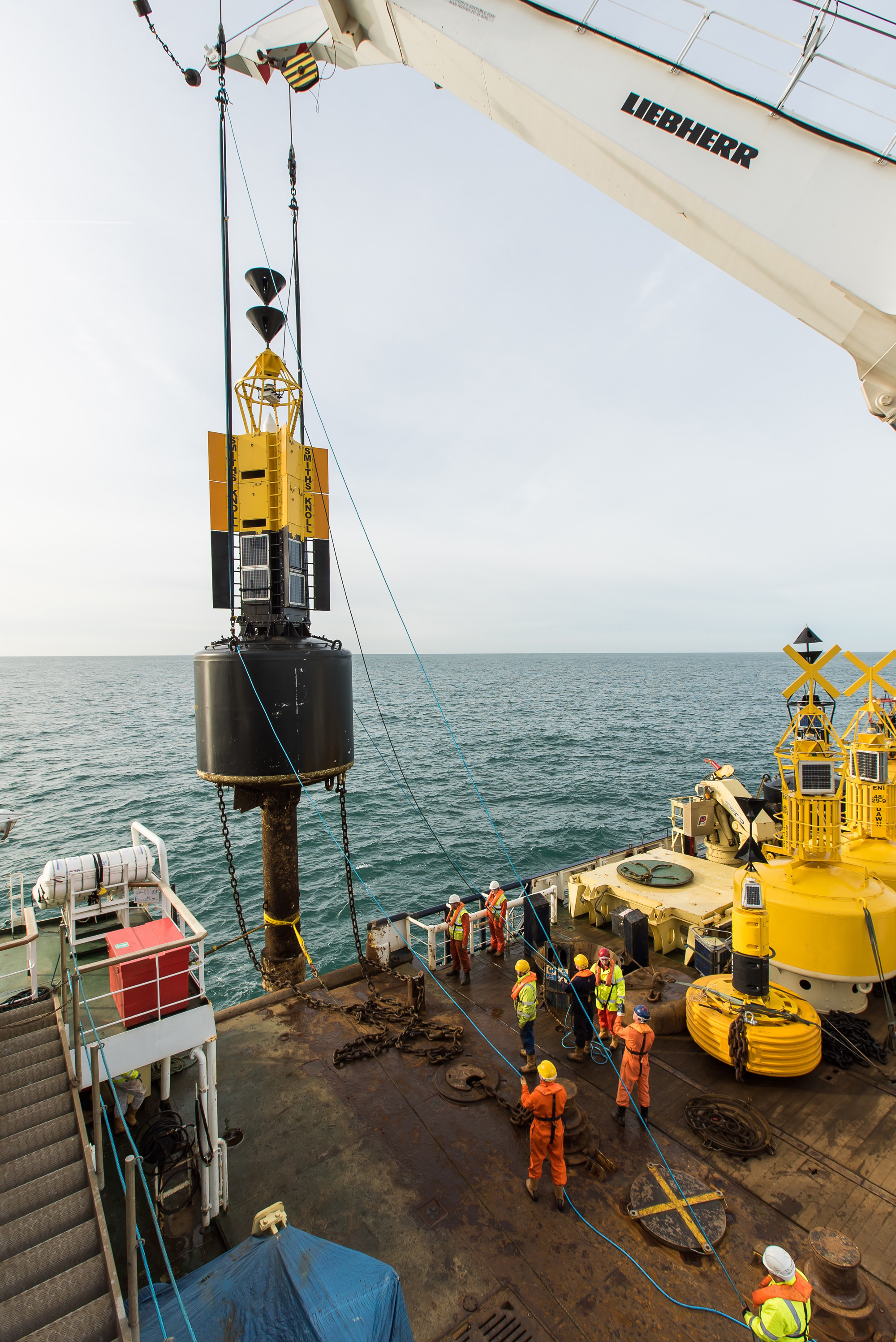 Class A cardinal buoy being deployed from THV Galatea

Buoys are available for hire, contact us for more information. 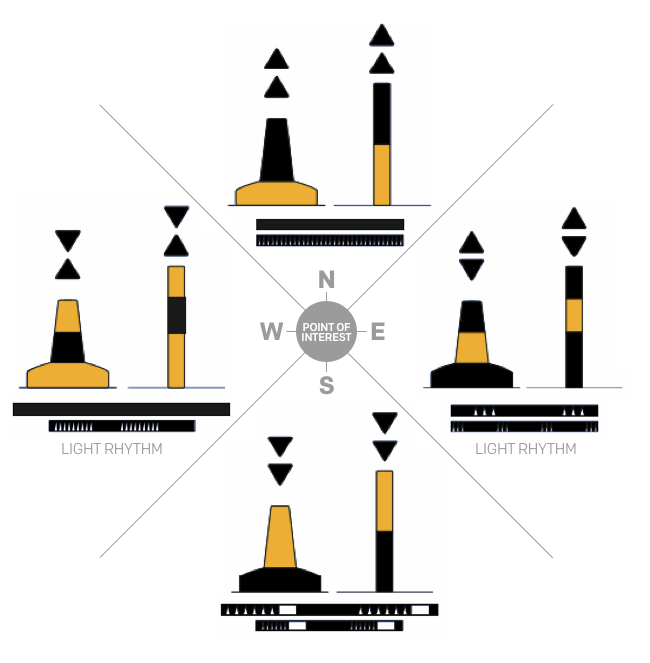 * The double cone top-mark is a very important feature of every Cardinal Mark by day, and should be used wherever practicable and be as large as possible with a clear separation between the cones.

Marking small, isolated dangers with navigable water around the buoy