The history of Trinity Homes

An almshouse is accommodation belonging to a charity which is provided exclusively to meet the charity’s purposes, which in the case of Trinity Homes is the relief of financial need for retired mariners (both Royal Navy and Merchant Navy) and their wives or widows. The history of the almshouse movement stretches back to medieval times, when religious orders cared for the poor; many almshouses are splendid historical buildings with long and interesting histories.

Trinity House’s oldest duty is to provide almshouses for mariners and their dependants. The original almshouses were built in Deptford prior even to our incorporation in 1514, with expansion into a number of other sites in London over the following centuries. In the Second World War, the last remaining almshouses at Mile End in London were damaged beyond repair, so the Elder Brethren seized the opportunity to re-build in a location more suitable for older people than central London. On 9 May 1958 HRH The Duchess of Gloucester opened the new Trinity Homes in Walmer, in a beautiful location close to Walmer Castle, not far from the sea. Trinity Homes remains the only almshouses of Trinity House.

The main objective of almshouses is to provide a safe, secure and warm home for residents, in an environment with good friends and neighbours, ideally in a beautiful setting. Trinity Homes certainly meets all three of these objectives.

Each of the 18 homes is a two-bedroom bungalow, with a kitchen, living room, bathroom and back garden. Each bungalow is equipped with an emergency call system that allows residents to raise the alarm in the event of an emergency. There are also nine garages available for use by residents.

There is a main building which houses the office, a staff flat (used by our Night Attendants when they’re on duty) and a large common room for residents that is equipped with a large TV, snooker table, a small library and a computer for residents’ use. The common room also includes a dining room, in which a midday meal is served from Monday to Friday for those residents who would like one.

But it is the grounds of Trinity Homes which is often the talking point of any visitors and passers-by. We are blessed to be surrounded by beautifully manicured gardens. There is also a pond and a number of raised beds used by our more green-fingered residents to grow vegetables, herbs and more. There is also a large meadow, and in keeping with our maritime traditions, a flagpole acts as the main focal point in the centre of the gardens.

Who works at Trinity Homes?

The Trinity Homes team exists to support our residents. We are a small team of six people: four Night Attendants (Karen, Nikki, Larry and Inga) who work from 9pm each night to provide on-site support for residents when needed; our Resident Services Coordinator (Mary) whose primary role is catering the weekday midday meal for residents, as well as coordinating social events for residents; and me as General Manager.

What does the General Manager do?

In short, the GM is responsible for the day-to-day management of Trinity Homes, to provide a safe, secure and comfortable environment in which our residents live, and to deliver a resident-focussed service which promotes and facilitates independent living.

Supporting our residents to live independently is an important part of the job for everyone who works at Trinity Homes, including the GM, and sign-posting residents to other services (such as social care agencies, the NHS, local volunteer organisations or other charities) is part of this. But it is the pastoral care service which we provide which really makes a difference to our residents; very often, a cup of tea and chat with a friendly person who has time to listen can make the world of difference to a resident if they are experiencing a difficult time.

Having said that, the role of GM covers a number of other tasks, with a large part of the role focussing on property management of the buildings and grounds, including health and safety compliance and contractor management. Policies and procedures and budget management also make up a big part of the job. Planning and resourcing training for the team, in areas such as safeguarding, mental health awareness and health and safety, is also important.

There really is no such thing as a ‘typical day’ in my role – and, to be honest, that’s what I enjoy most about it.

The role is really varied from one day to the next. There are a number of routine tasks, of course, but a large part of the role is to be responsive to residents’ needs, many of which arise with no advanced warning. For example, I can go from doing standard office-based tasks such as budget forecasting, writing reports or liaising with our many suppliers and contractors, to retuning a resident’s TV, helping a resident to phone their insurance company or trouble-shooting a resident’s new mobile phone within a moment!

Why did you decide to work at Trinity Homes?

I knew I wanted my next employer to be a charity, but I was open-minded as to what field the charity might work in. In our little corner of East Kent, there aren’t that many large charitable employers, and with a background in housing, I had assumed that I would need to travel further afield, perhaps even to London, to find the right job.

Imagine my surprise when I saw the role at Trinity Homes advertised – just a 10-minute walk from my front door! When I read the job description, I couldn’t believe that my ideal job was so close to home. The application process was rigorous, with a video interview and two face-to-face interviews, and included a lunch with residents so that they too could have a say in who the next manager might be. I accepted the job in early 2020 to start in May, when the pandemic was in full swing.

Starting a new job in the middle of a pandemic has been interesting to say the least, especially in such a people-focussed role. Keeping residents and staff safe was my first and most important priority, and 15 months on it still is. I am so pleased to be able to say that none of our residents or staff contracted COVID-19—making us much more fortunate than many other similar housing schemes for older people in our local area—and this is down to the collective actions of our residents and staff to keep everyone safe.

It feels really good to come to work every day knowing that I am playing my small part in contributing to the long history of the charity’s almshouses, to ensure that Trinity House can continue to provide its almshouses for many more years—perhaps even centuries—to come.

This article originally appeared in the autumn 2021 issue of Flash 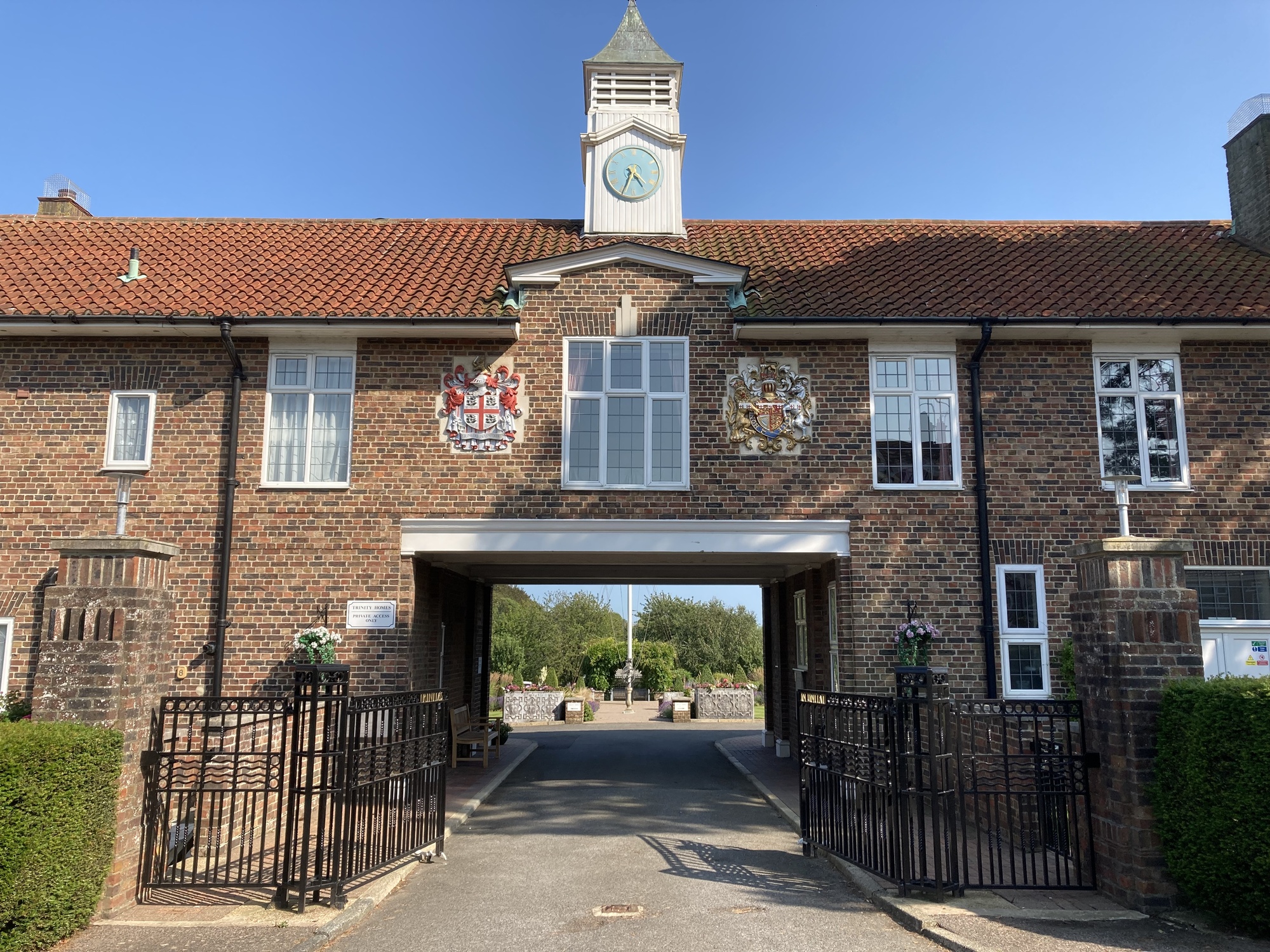 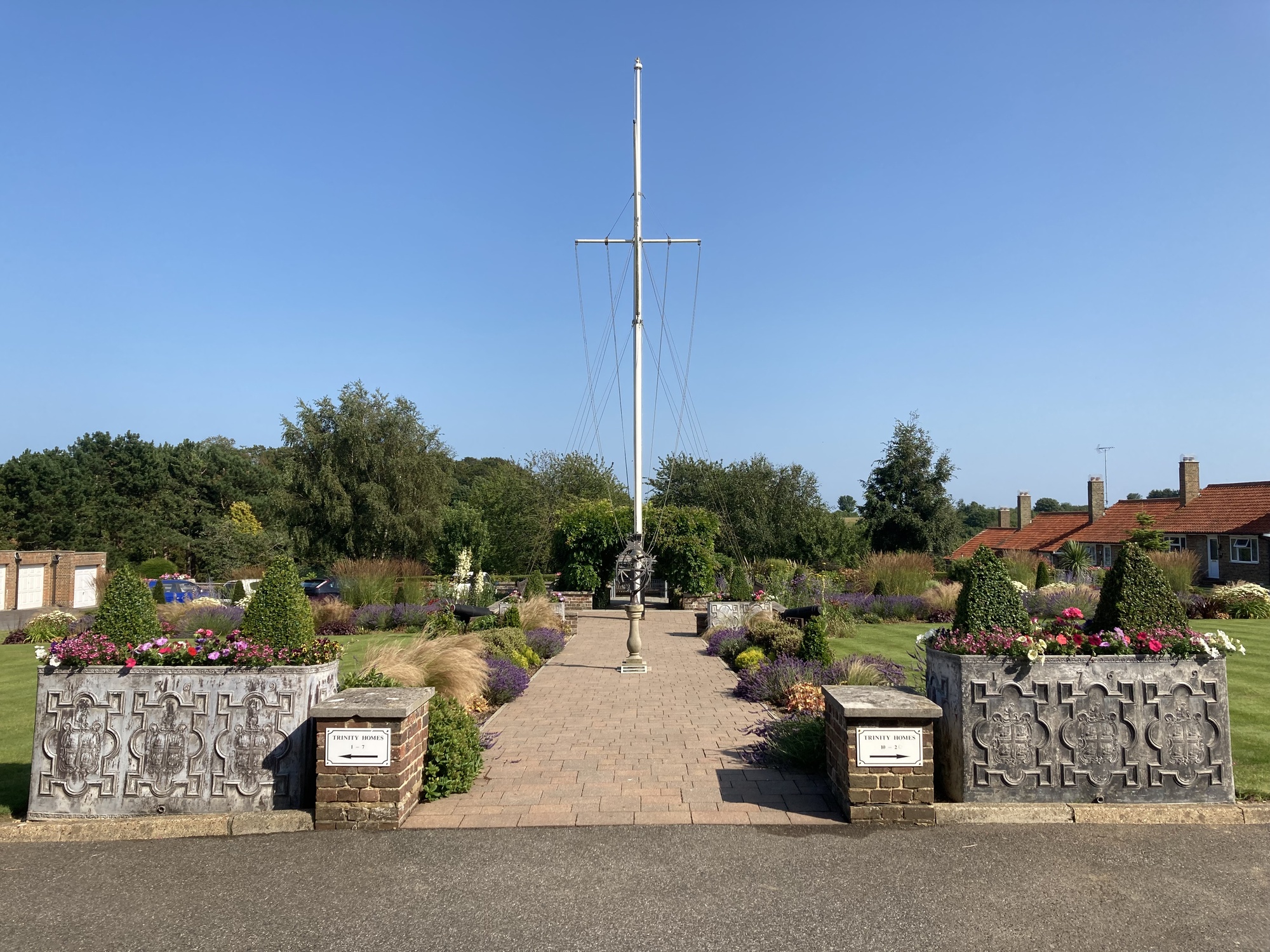 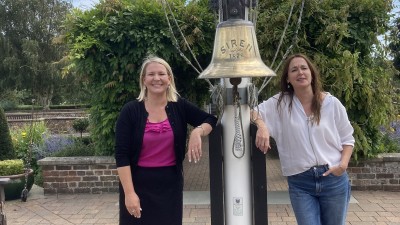 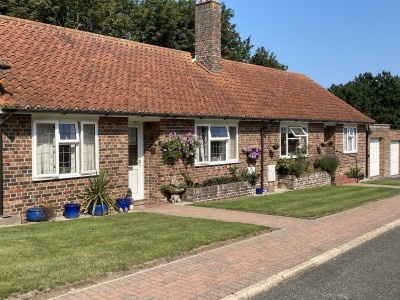 One of the Trinity Homes bungalows

As part of our oldest duty, Trinity House provides 18 almshouses in Walmer, Kent, for the welfare of aged mariners and their dependants