Under the Merchant Shipping Act 1995, as amended, the Corporation of Trinity House (TH) is the General Lighthouse Authority (GLA) for England and Wales, the Channel Islands and adjacent waters to the outer limit of the Exclusive Economic Zone. TH has the responsibility for the superintendence and management of all lighthouses, buoys and beacons within its area, which can be outside territorial waters in certain circumstances.

TH is classified as a Non-Departmental Public Body for administrative purposes and falls under the Department for Transport umbrella. TH, as a lighthouse authority, is funded from the General Lighthouse Fund (GLF). The annual report and accounts of the GLF are prepared pursuant to Section 211(5) of the Merchant Shipping Act 1995 to report the income and expenditure of the core fund and the three General Lighthouse Authorities (GLAs): Trinity House (TH), the Commissioners of Northern Lighthouses (known as the Northern Lighthouse Board or NLB) and the Commissioners of Irish Lights (known as Irish Lights or IL). The Secretary of State for Transport is responsible for maintaining the core GLF, ensuring sufficient funding is available for the GLAs and reporting the groups’ financial performance to parliament.

The principal source of income of the GLF, is from Light Dues, a tax on commercial shipping. UK Light Dues rates are set annually by the Secretary of State for Transport to ensure the GLF has sufficient resources to fund GLA operations. The GLF also receives income from sundry receipts generated by GLA tender, buoy and property rentals, along with workshop services and asset sales.

The TH annual report and accounts reflect the financial performance and position of TH as General Lighthouse Authority. The General Lighthouse Authority funding is separated from the corporation of Trinity House's charitable activities. As TH’s statutory GLA activities are funded strictly on a cash basis only, the financial performance typically reflects a net annual loss, which is usual for public services. Using conventional profitability and balance sheet / cash ratio’s for TH in isolation will therefore provide an adverse result. 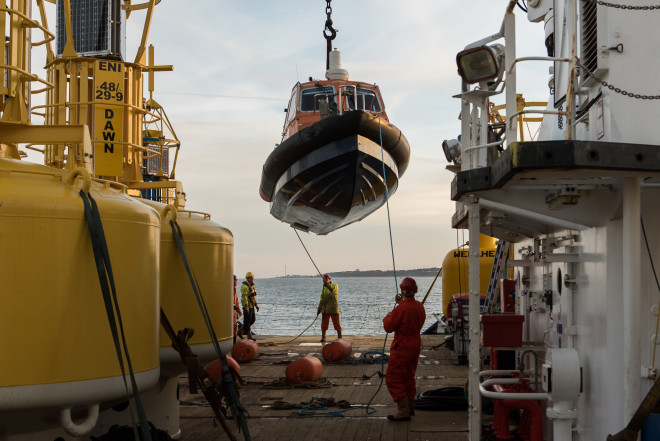 Trinity House advertise any redundant equipment that is currently for sale