In its 1513 petition to Henry VIII for incorporation, the guild of mariners that later became Trinity House cited as its principal concern the poor state of pilotage on the Thames, and the danger to life and cargo:

“The practise of pilotship in rivers, by young men who are unwilling to take the labour and adventure of learning the shipman’s craft on the high seas, is likely to cause scarcity of mariners; ‘and so this your realm which heretofore hath flourished with a navy to all other lands dreadful’ shall be left destitute of cunning masters and mariners; also that Scots, Flemings and Frenchmen have been suffered to learn as loadsmen [pilots] the secrets of the King’s streams…”

The rise in shipping and the need for well-regulated pilotage only increased and subsequent charters and Acts in 1604 and 1808 renewed charter expanded upon the original powers, conferring rights concerning the compulsory pilotage of shipping and the exclusive right to license pilots on the River Thames.

The Act of 1808 mandated Compulsory Pilotage for all vessels “up and down the Rivers Thames and Medway and the Channels thereof between Orfordness and London Bridge as far Westward as the Isle of Wight and vice versa”, with exemptions for colliers, coasting vessels and constant traders to Ireland. The same Act also officially established the Trinity House Outports, overseen by their respective Local Pilotage Committees with Sub-Commissioners appointed by Trinity House.

For much of the 20th century the authority, responsibilities and conduct of pilots and committees was pinned together by the overarching Pilotage Act of 1913.

The vital role played by pilots was perhaps at its most apparent during the First and Second World Wars. During the latter, as traffic in the port of London increased as Operation ‘Overlord’ approached, Trinity House pilots were responsible for piloting all commercial vessels and many of the service vessels engaged in such operations. In the month following D-Day nearly 3,000 ships were handled by 88 river pilots and nearly 2,000 vessels by 115 sea pilots, working day and night without relief.

The Pilotage Service was managed by the Pilotage Committee, governed by the Board of Trinity House in the Corporation's role as principal Pilotage Authority in the UK. The four Elder Brethren comprising the Pilotage Committee had a number of duties; one was to make recommendations to the Board on the reports of the Sub-Commissioners with regard to filling vacancies, granting licences and certificates, setting rates of pilotage and awarding pensions. The committee was also responsible for the upkeep of the Corporation's fleet of pilot vessels and its offices, where a senior executive officer (the ‘Principal’) enlisted the help of a deputy, an accountant, an engineer superintendent and clerical staff.

The London Pilotage District—the largest under Trinity House authority—was directed by a special London Pilotage Committee, comprised of six Elder Brethren, including the four members of the general Pilotage Committee, four shipowners and four pilots. The London District extended from Dungeness to Felixstowe, taking in the harbours of Folkestone, Dover, Sandwich, Margate, Ramsgate and Harwich, the river Thames as far upstream as London Bridge and the river Medway up to Rochester Bridge.

There were four main pilot stations and five chief classes of pilots: River Thames Pilots, Channel Pilots, Cinque Ports Pilots, North Channel Pilots and River Medway Pilots. The various classes of pilot were controlled by Superintendents at Dover, Harwich, Gravesend and Chatham. The Superintendent at Gravesend had the title of Ruler of Pilots, dating back centuries to the time when pilots formed small groups to put up funds for a cutter.

There were around 600 Trinity House pilots licensed—but not employed—by the Corporation; 400 worked in the London District, the rest at the various Outports.

Pilots—then and now—take over navigation of a ship from the minute they board it to the time it has been docked at its destination, instructing the ship’s captain and helmsman about the course to take, the speed to adopt and the manoeuvres to complete, drawing on years of experience, training and knowledge.

Pilots would not know what ship they would next be called to or when, whether the ship would be 50 or 50,000 tons or what time of day the call would come; that meant being prepared to come into the pilot station 24 hours a day, 365 days a year. The uncertainty of the job was both a positive and a negative: the near-endless variety of jobs and people and the experience that comes from interacting with crews from around the world versus unsociable hours and constant pressure after years of training.

Archive articles described pilots who learned a working knowledge of every European language, small communities with a great sense of camaraderie and an industry that saw itself dwindle in the face of global containerisation. 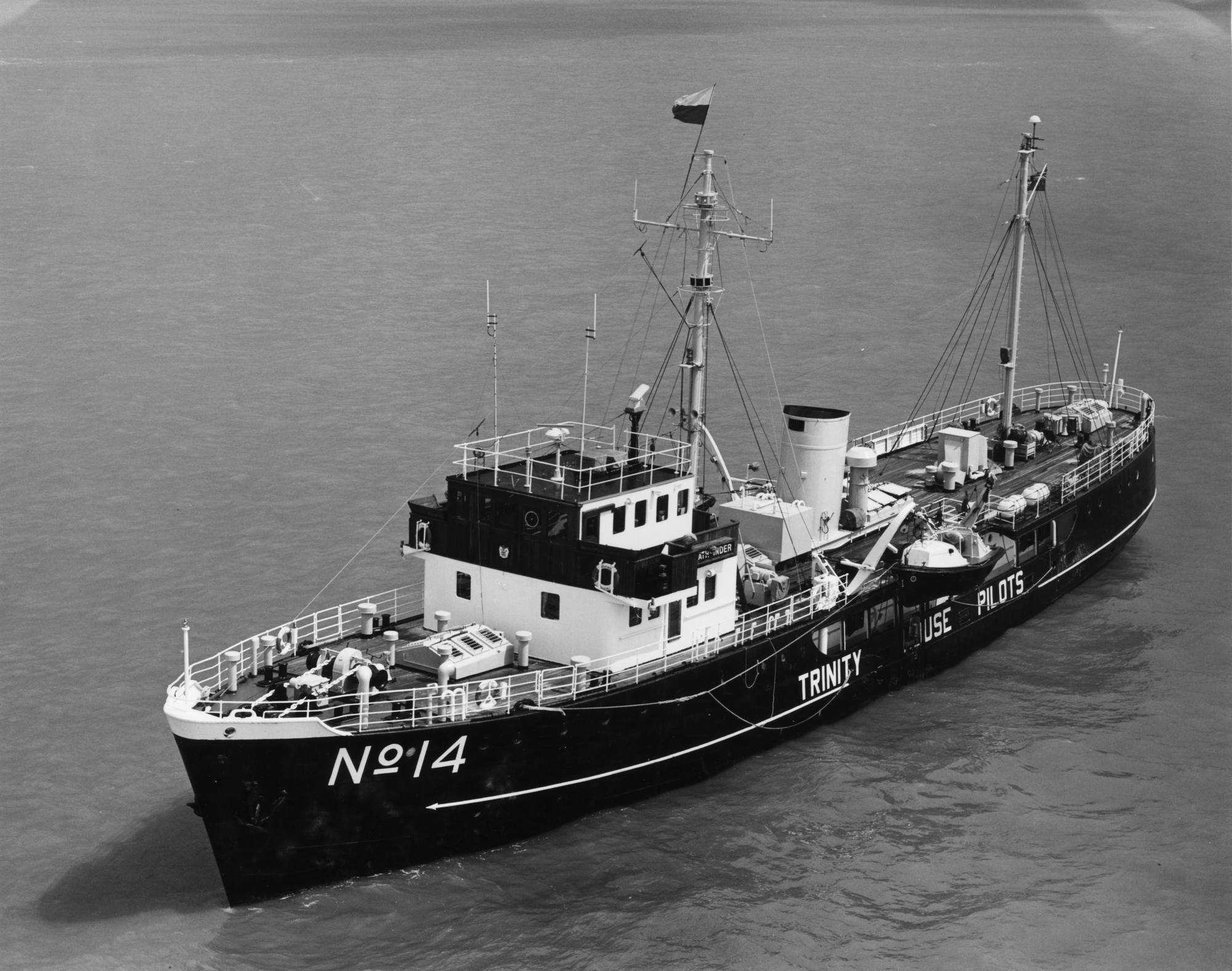 Trinity House maintained nine pilot cutters, six of which were based in the London District, cruising off Dungeness or the Sunk waiting for ships to signal their need for a pilot. A typical cutter was 175 ft. long with a complement of six officers, nine ratings, two stewards, one cook and three boys, with accommodation for 22 pilots.

The reform of the pilotage system in the 1960s saw the grand pilot cutters make way for a fleet of nimble fast launches, which reduced waiting time and improved the safety of sea transfers. The last of the cruising cutters, THPV Pathfinder (pictured above), was sold out of service in 1986.

1987’s Pilotage Act saw Trinity House part with its District Pilotage responsibilities, which passed to various local harbour authorities on 1 January 1988. This act also permitted less stringent requirements for compulsory pilotage, allowing harbour authorities to integrate their pilotage service with their other port services. Ensuring the continuance of one of its oldest duties, Trinity House became a licensing authority for Deep Sea Pilotage. 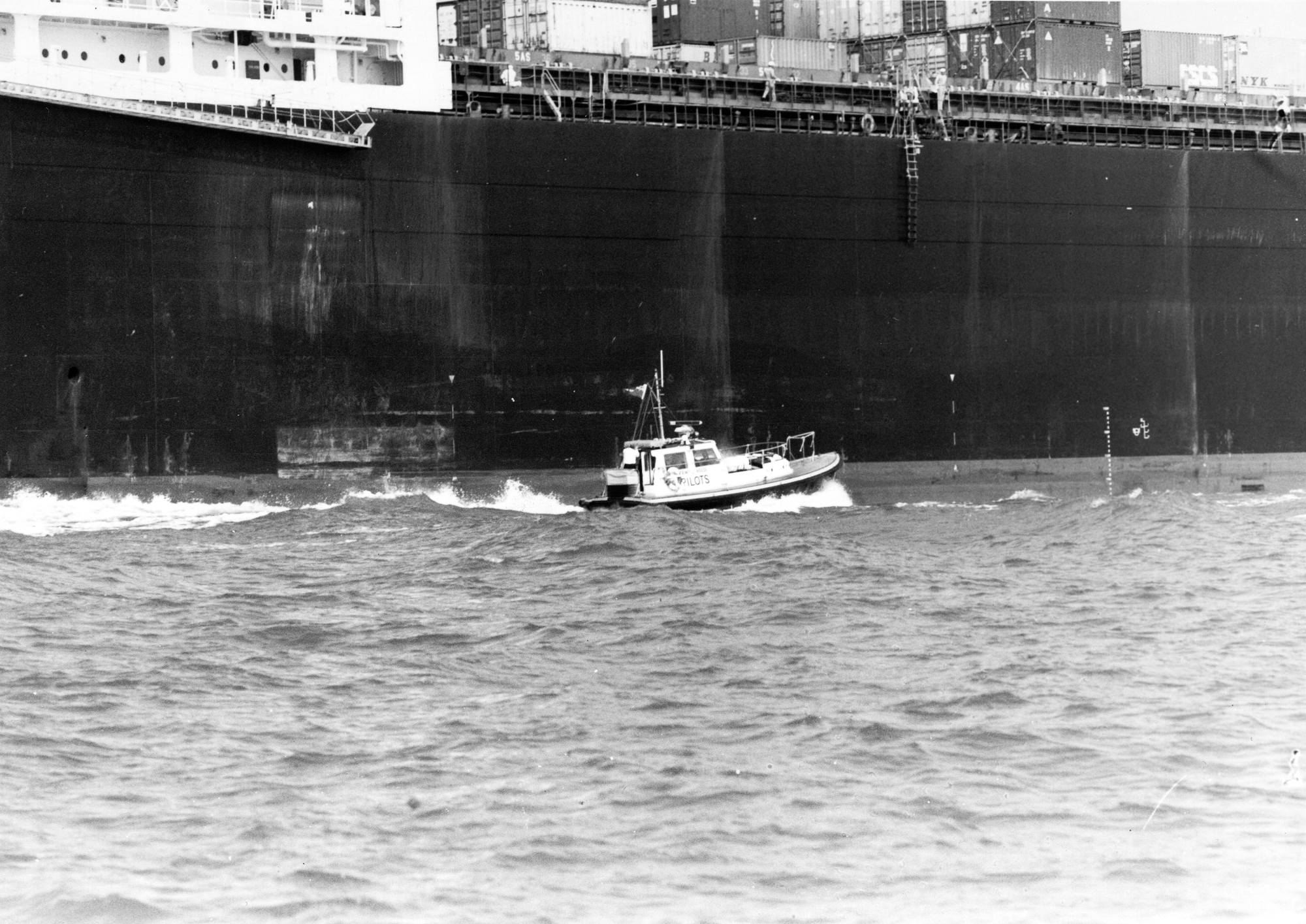 Although no longer involved with local or river pilotage, Trinity House is one of several Deep Sea Pilotage licensing authorities authorised by the Secretary of State of Transport. While not compulsory to carry a Deep Sea Pilot, many ship's masters unfamiliar with Northern European waters employ their expertise to assist their bridge team.

The next time you see a huge container ship steaming slowly in or out of the country with goods vital to our everyday lives, please spare a thought for a critical cog of merchant shipping.

This article originally appeared in the autumn 2018 edition of Flash. 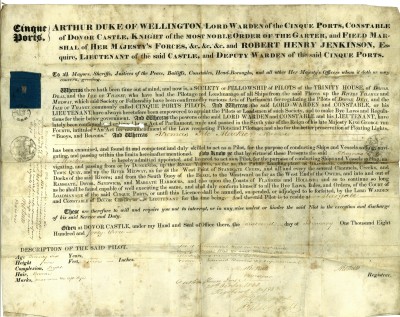 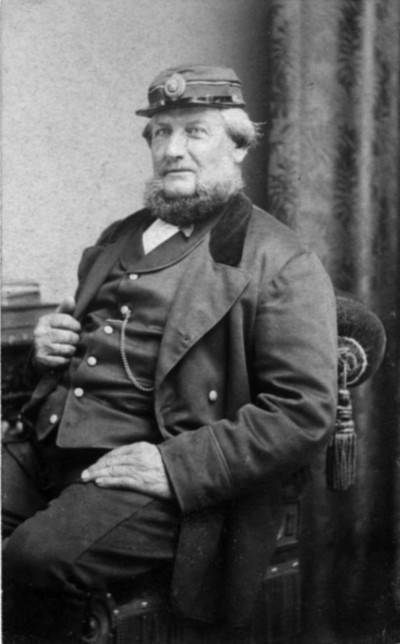 No two days the same