Throughout the world, it is often said that it takes an accident to bring about change. This sentiment appears to be true in many sectors, including the maritime sector. It took disasters such as the Titanic, Sea Empress and Exxon Valdez to bring about major changes in legislation. Most of these were reactive changes rather than forward-looking ones.

In July 1987, the Hon Mr Justice Sheen, UK Wreck Commissioner, published his formal investigation report into the capsizing of the ro-ro ferry the Herald of Free Enterprise. The report provided that the purpose of the investigation was ‘to inquire into the circumstances of the casualty and to establish its causes. But it has always been accepted that the Investigation has a second purpose, which is to see what lessons can be learned from the circumstances of the casualty which will contribute towards the safety of life at sea in the future’. The Hon Mr Justice Sheen went on to state that in the Herald of Free Enterprise inquiry the secondary function of the investigation had rightly taken on a major importance.

The formal investigation into the Herald of Free Enterprise disaster was not only notable for its findings but also for its recommendations designed to enhance future maritime safety. One such recommendation was that in order to satisfy the general public of the independence and transparency of formal investigations, they should be completed by a body that was ‘wholly separate from the Department’. Consequently, in 1989 the Marine Accident Investigation Branch was formed in Southampton, England. The Branch’s sole purpose is to improve safety at sea through the promulgation of the safety lessons learnt from marine accidents.

Today the MAIB is still located in Southampton. Although the Branch relocated in 2015 to offices that also house its maritime colleagues, the Maritime and Coastguard Agency, it retains its independence from the UK maritime regulator. With easy access to sea, air, train and road transport systems, the location is ideally suited for the deployment of its inspectors to accident locations both within the UK and abroad.

The MAIB is one of the oldest maritime investigation units in the world. However, it is the ‘no-blame’ culture and its willingness to listen that are fundamental to the MAIB’s continuing success in improving safety.

The MAIB is a relatively small organisation with just 35 staff who complete everything from the investigations, the production of the glossy reports through to technical expertise on voyage data recorders (VDRs). The MAIB’s Chief Inspector, Captain Steve Clinch, reports directly to the Secretary of State for Transport. This direct reporting line maintains the autonomy suggested by the Hon Mr Justice Sheen.

There are twelve MAIB inspectors who make up four investigation teams. Each team is led by a principal inspector who in turn reports to the Deputy Chief Inspector. The investigation teams operate on an ‘on-call’ rota system. Regardless of whether they hail from a merchant or royal naval background, with the exception of one, the inspectors are all experienced professional mariners. The branch’s naval architect is the only inspector not to have served at sea in a senior capacity. However, he is a very experienced yachtsman and brings considerable expertise in all things stability-related to the Branch.

The inspectors are both supported and educated by the technical team who provide a wealth of knowledge on the VDRs and other technical kit that is encountered by the teams during the on-site investigations. VDRs are an increasingly useful source of gathering data in an investigation. Those involved in an accident are not always able to recall the little details which can be critical in the understanding of the factors that caused an accident. Using data drawn from VDR and other sources such as AIS (Automatic Identification System), the technical team can produce a replay of the accident, which may be used in analysis or even replicated as a diagram in a report.

The MAIB investigation reports and other publications are all produced in-house. This includes the editing, typesetting, graphics and usually the printing of the documents. The publications team is involved with the reports at almost at every stage after the initial draft, including consultation and advisory notices.

The incident support staff often deal with the initial notification of an accident and will begin the MAIB process. They also co-ordinate the inspectors’ travel to an accident site which, given the location of some marine accidents, can be highly problematic. 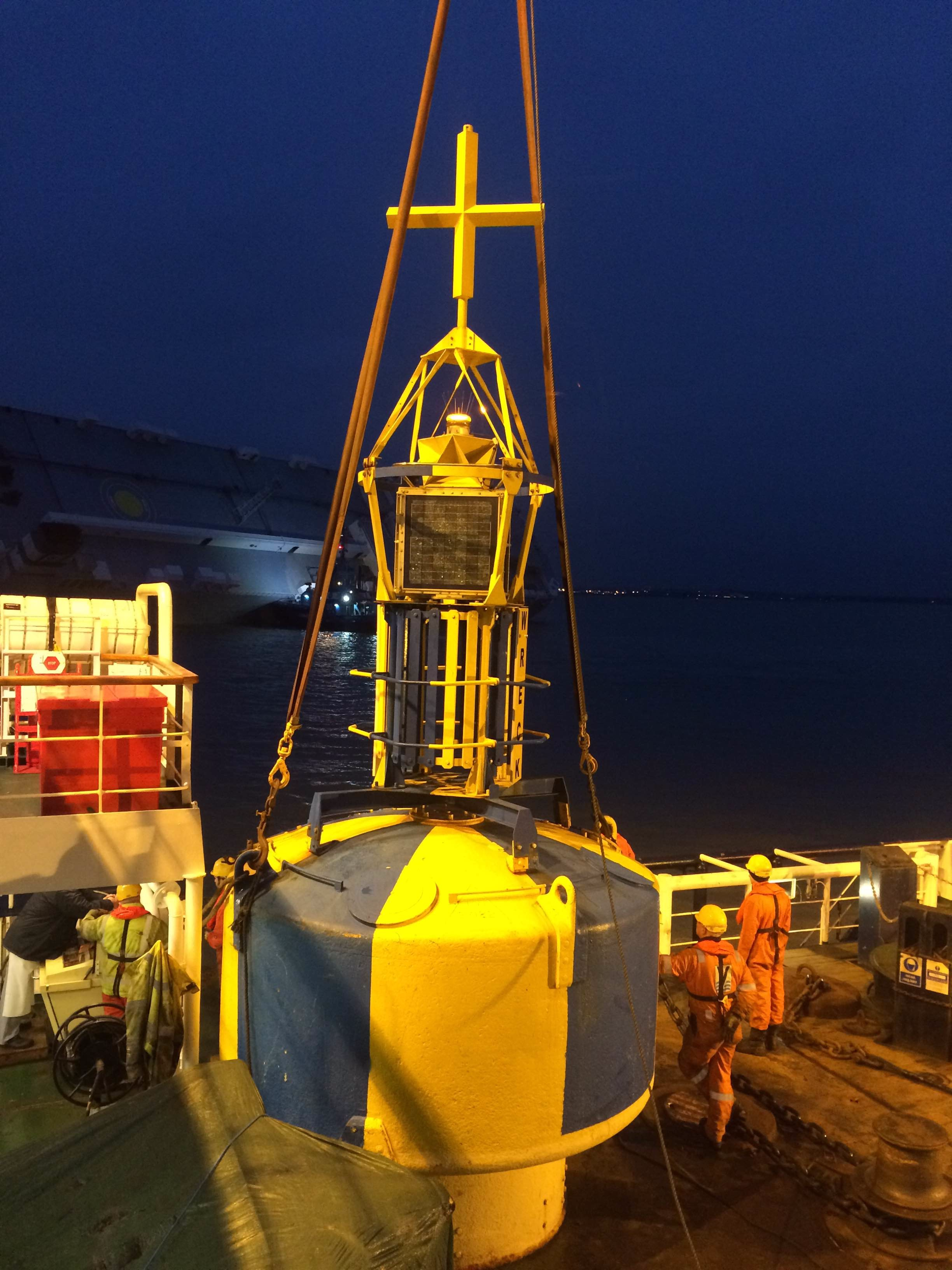 
What does the MAIB actually investigate?

The Merchant Shipping (Accident Reporting and Investigation) Regulations 2012 and the Merchant Shipping Act 1995, provide the what, when, why and how an MAIB investigation is completed. In essence, the MAIB investigates accidents involving UK ships anywhere in the world and those involving ships under any other shipping register that are within UK territorial waters. However, the MAIB must also comply with EU Directive 2009/18/EC, which places a requirement for all European countries to ensure that a timely [1] marine safety investigation is completed. The Directive specifies that member states must complete a safety investigation into casualties that are determined to be ‘very serious’. Very serious marine casualties are accidents that involve the loss of a ship, loss of life or severe pollution. Accidents falling into the other categories do not have to be investigated.

However, the Directive provides that a member state may declare itself a substantially interested party in a marine accident regardless of a ship’s flag, or the location of the accident, if a national of that state is involved. Additionally, UK regulation permits that the Chief Inspector may decide to commence an investigation if he considers that it is in the interest of the general public to do so. Hence, the MAIB may complete investigations not because it is regulated to do so, but because there is a moral need.

How is an investigation completed?

In order to begin an investigation a notification must first be received. An investigation into a marine accident cannot happen if the MAIB does not know about it. Although the requirements for seafarers, companies and port or shore authorities to report an accident are clearly prescribed in the 2012 Regulations, a notification can actually be made by anyone. The MAIB has a 24-hour telephone reporting line and an Accident Report Form (ARF) is available from its website at www.gov.uk/maib and a notification of an accident may be made anonymously. Sometimes, an accident may be identified by the monitoring of the news articles, the internet and social media. Regardless of how the MAIB is informed, the important thing is that the accident is known to have happened.

Once a notification has been received, the duty principal inspector will classify the accident and determine if it falls within the MAIB’s remit. If the accident is one that meets the MAIB criteria for investigation, the principal inspector will nominate a lead inspector and a preliminary assessment will begin. He will also arrange for the preservation of evidence, which could be either physical evidence such as the remains of a broken rope, or electronic evidence such as VDR or navigational data. Additionally, the lead inspector and incident support officer will begin to gather information on the vessel(s) involved and the location of the accident. Except when a safety investigation is started, a preliminary assessment is usually completed by office-based enquiries.

In exceptional circumstances inspectors may attend an accident scene even though there is no intention to complete a safety investigation. This usually occurs when there is a requirement to gather information and evidence that cannot be achieved from office-based enquiries. Where a safety investigation is required, either through legislation or if the Chief Inspector has decided that an investigation should be completed, the incident support officer will notify the marine safety authority for all interested states in accordance with the Directive.

A safety investigation has several distinct stages, although not every stage is always required; it is not uncommon for some to overlap:

The stakeholders are involved at each stage of the investigation. The deployment of investigators to an accident site is one of the most intense operations that the MAIB completes. The investigation team itself must have the correct number of people with the necessary skills and equipment to liaise with the master and other authorities, interview crew and other stakeholders, and to gather and preserve evidence quickly and effectively. Although most deployed teams are made up of two inspectors the team can often be supplemented by additional inspectors and/or the technical team.

When all of the accident data has been collected, the lead inspector – in consultation with the principal inspector – will use the facts of the case to identify the causal [2] and contributory factors of the accident. This is the analysis stage, which is the heart of the investigation. Using the variety of resources and information available, the inspectors are able to obtain a wider perspective of the accident than that of the stakeholders involved who will, inevitably, have a different perspective by nature of their own involvement. Therefore, when the causal and contributory factors have been identified the MAIB probably understands the accident and its causes better than anyone else. The lead inspector is then able to use the factors to determine the safety lessons that may be drawn from the accident.

Following the analysis stage, the Chief Inspector will consider if it is appropriate to make a recommendation based on the investigation’s findings. Recommendations are made only if they meet the SMART [3] criteria, and are generally issued with the agreement of the receiving party.

The final stage of the MAIB investigation is the report consultation and publication phase. This is the opportunity for the stakeholders - and in the case of fatal accidents, the next of kin – who may be adversely affected by the report’s conclusions, to comment on the MAIB’s draft report. The consultation is the last check on the facts before publication of the report, and is a fundamental part of the process The MAIB’s objective can only be achieved through factually correct reports.

After the 30-day consultation period, final corrections are made if necessary. The report is then published and is made available to all through the MAIB’s website. The publication team will also make every effort to ensure that the relevant industry bodies are aware of the report. And while the report will mark the end of the investigation, the data gathered may be used in support of safety studies or other future cases.

The MAIB is one of the oldest maritime investigation units in the world. However, it is the ‘no-blame’ culture and its willingness to listen that are fundamental to the MAIB’s continuing success in improving safety.

[2] A causal factor is an event that led directly to an accident. If this factor had not been present, the accident would not have occurred at that time.

Report an aid to navigation issue