It will come as no surprise to the reader that Trinity House has some pretty special buildings and that we are custodians of some of the UK’s most iconic structures. What is extra special about our historical estate is that our buildings are still being used for the same purpose for which they were originally built. Sometimes that use has hundreds of years of history to it and frequently the buildings were built by Trinity House, giving an incredible sense of continuity. To ensure that this continues to be the case, a delicate balance must be struck between ensuring these precious buildings meet the current state-of-the-art requirements of a modern lighthouse authority while protecting the priceless heritage assets of which Trinity House is proud custodian.

Trinity House is of course not the only party involved in our heritage buildings. Listed buildings are designated—by Cadw in Wales and Historic England in England—where they are considered to have special architectural or historical interest. Grade I is the highest listing, applied to the nation’s most important buildings, followed by Grade II* and then Grade II. Trinity House in London has Grade I designation despite having been substantially re-built in the 1950s.

Buildings do not have to be old to be listed. A good example of that fact is Dungeness Lighthouse. Despite having only been brought into operation in 1961, Dungeness Lighthouse was listed Grade II* in 2003 because of its unique architecture and the innovative example of engineering its construction employed.

Another common misunderstanding is that listed building status protects only the parts of the building that can be seen. Whereas the planning regime may have a focus on visual harm, listed building regulations are concerned with protecting the national heritage for its own sake—regardless of whether or not they can be seen by the public—and this includes the inside of the building. More than that, listed building status also protects outbuildings, boundary walls and other structures within the curtilage of a listed building where these were built prior to 1948 and this can even include detached houses. In England alone Trinity House’s estate includes 44 individually listed buildings at our aid to navigation sites, ranging from lighthouses and beacons to piggeries and wash houses and this does not include the various curtilage buildings and structures that are included within each listing!

Being protected does not of course mean that we can’t alter these buildings in any way. There is the opportunity to apply for Listed Building Consent (LBC) and it is commonly accepted that in some circumstances ‘repair and maintenance’ and very minor works without any potential to affect the buildings special architectural or historical features do not require LBC at all. However, you may already have observed that there is considerable room for interpretation in the definition of what requires listed building consent. With this in mind, the interpretation of the enforcing agency—usually the local authority—is perhaps the most important and we consult informally wherever there is uncertainty.

Where an application for LBC is required, Trinity House must make such an application (and receive consent) prior to commencing any works affecting the building’s character as a building of special architectural or historical merit. To do otherwise would be a criminal offence except in exceptional circumstances. Application is made to the Local Planning Authority (LPA) where it is usually determined by planning officers under advice from specialist conservation officers (where a Council has one). So long as the works are not unjustifiably harmful to the Listed Building, consent will usually be forthcoming after an eight week determination period, but it may have conditions requiring further detailed drawings or survey work to be approved before works commence.

In considering an application, the LPA is particularly interested in the explanation and justification that Trinity House provides. The starting point is that a listed building should not be altered unless that affords heritage improvement or unless there is other good reason for doing so. Allowing a listed building to continue to function for the purposes that it was built is perhaps one of the best justifications for altering a listed building. If a lighthouse building could no longer adequately fulfil its lighthouse function, then its future as a lighthouse would be at risk. The resulting potential for the building’s abandonment or adaptation to an alternative use would usually be much more harmful to the building’s historical and architectural character than anything that is being proposed to facilitate its historical use.

Listed Building status is not the only heritage status that affects Trinity House’s operations however. Scheduled Monument status may apply to buildings only (such as the Ashey Down beacon) but—unlike listed building status—can also apply to the land itself. Scheduled Ancient Monument status is frequently used to protect heritage that may be buried underground, such as ruins, battlefields or other archaeological features. Hurst Point Lighthouse is a case in point. Its status as a listed building would normally mean that we would have to be conscious only of alterations to structures on the site. However—in addition to that listed status—all Trinity House property at Hurst Point falls within the Scheduled Monument designation for Hurst Castle. Historically, elements associated with the castle would have extended into areas subsequently occupied by the lighthouse and so Trinity House finds itself not only the custodian of its own lighthouse, but of the castle archaeology that lies beneath its property. A Scheduled Monument is protected against ground disturbance or unlicensed metal detecting. Consent (this time direct from Cadw/Historic England) must be obtained before any work on a scheduled monument can begin.

If your interest is restricted to the marine aspects of Trinity House, do not think that these escape designation! Marine sites may be designated as Protected Wrecks where they are likely to contain the remains of ships or their contents which are of historical, artistic or archaeological importance. One such example is at The Needles where a large circular swathe of seabed approximately centred on the Trinity House lighthouse is protected from disturbance. To quote the listing description:

“The site contains what is thought to be the remains of two wrecks: The Assurance, a 44-gun fifth rate frigate, lost in 1753, and HMS Pomone, a 38-gun fifth rate lost in 1811 as well as incorporating the remains of a number of vessels wrecked at the Needles including the Victorian yacht Dream and a Guernsey brig Anglo Saxon.”

Although not the responsibility of Trinity House to police such protected wreck sites, we do have to be mindful of them when we consider such matters as anchoring or laying or maintaining undersea electric cables.

Trinity House has a statutory function to perform derived from an Act of Parliament, but in doing so it must comply with other Acts of Parliament relating to everything from health and safety, employment law, the environment and of course heritage. Despite being complex (and admittedly occasionally onerous), the regulatory framework surrounding heritage that Trinity House must operate within is entirely compatible with our own objectives and can even be seen as beneficial in achieving them. Trinity House is proud of its heritage and takes its responsibilities seriously. For this reason our Health and Safety and Environmental Objectives Policy includes a stated objective to ‘conserve buildings and sites of historic and architectural interest during all operations’. After all, who should be more concerned about lighthouse heritage than the very organisation that created that heritage in the first place? 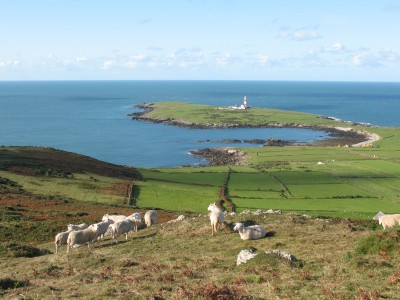