As many Ships are lost by Ignorance and Negligence, as by stress of Weather, so a Master of a Ship hath a very great Charge, and ought to be a sober Man, as well as skilful Mariner: All Helps of Art, Care and Circumspection are to be used by him, that the Lives of Mariners (the most useful of their Majesties Subjects at this Juncture) and the Fortunes of honest Merchants under his Care, may be preserved.”

The conference was opened by Deputy Master Captain Ian McNaught reading the above extract from Younger Brother Greenville Collins’ Preface to his Great Britain’s Coasting Pilot, published in 1693 and dedicated to the Master, Wardens and Assistants of Trinity House; he pointed out that the same art, care and circumspection—if not more so—were required to keep mariners and ships safe at sea today.

After some opening remarks from Captain Peter Chapman-Andrews, Director of RIN and Mr. Bob Cockshott on behalf of the KTN, Rear-Admiral Nick Lambert invited the delegates to keep in mind that the day was intended to address how new technology might be used to make GNSS better and more reliable; the uniquely difficult maritime environment makes imperative the need for development in the provision of resilient systems, and the marine user community needs to address the difference in outlook between the new generation of ‘digital natives’ and the present generation of practitioners and those involved in preparing requirements and standards, who might be termed the ‘transitional generation’.

Speaking first was Captain Robert McCabe, President of the Nautical Institute, on the impact of modern systems on the conduct of ships. He described the mariner’s requirement for systems as being compact, always-available and reliable, and expressed a concern that ‘machine centred automation dulls situational awareness’

Nick Cutmore, Secretary General of the International Maritime Pilots’ Association, argued that the pilot continues to depend on the utilisation of a spectrum of technologies that includes aids to navigation, varied displays, Positioning, Navigation and Timing (PNT resilience, Portable Pilotage Units (PPUs) and port terrestrial positioning systems.

Trustworthiness of PNT and chart information

Captain Roger Barker, Director of Navigational Requirements at Trinity House, presented examples of charting/ECDIS weaknesses, wherein vessel bridge teams were courting disaster by not keeping up to date their navigation data; discrepancies in how teams handle changes to paper and ECDIS navigation information (such as carriage requirements and passage planning) meant that the need for physical aids to navigation is as vital as ever.

Is inertial integration the answer?

Professor Terry Moore of the University of Nottingham gave an overview of the range of primary Global Navigation Satellite Systems now operational (Global: GPS, GLONASS, Galileo, BeiDou and Regional: QZSS, IRNSS) together with the main Space Based Augmentation Systems (EGNOS, WAAS, MSAS, GAGAN, SDCM). He also summarised the development of Inertial Navigation Systems, which are based on a set of three gyros, three accelerometers and three axes contained within an Inertial Measurement Unit (IMU).

Dr. Paul Groves of University College London asserted that while many GNSS problems can be mitigated by utilising the multiple constellations now available, the challenges of jamming and multi-frequency can only be solved by other techniques; he outlined a variety of other techniques and their respective errors and introduced some possible positioning systems alternative to GNSS.

Dr. Ramsey Faragher of Focal Point Positioning introduced the concept of making use of radio signals that are not intended to be used for positioning. He looked at the various pros and cons of various radio frequencies used for PNT, including piggybacking on existing safety-critical systems as well as television and DAB radio signals, concluding that there was no one perfect combination.

Dr. Paul Williams, speaking on behalf of the General Lighthouse Authorities, remarked upon the importance of international consensus in the ongoing search for Maritime Resilient PNT; as an alternative to eLoran he posited the concepts of R-Mode (on IALA DGPS and AIS) and Radar Absolute Positioning. R-Mode, using IALA MF DGPS radio beacons to provide PNT and data, may utilise the quite extensive background of eLoran research and development already built up by the GLAs. He also briefly presented a roadmap, under development within IALA, on the technical and political development of R-Mode and highlighted the need to raise awareness at the level of decision makers in order to facilitate international consensus on the adoption of the system.

Mark Broster of ECDIS Ltd. played footage from a head-mounted camera of a bridge team member in a simulation of a technologically advanced bridge, as an example of how a “digital migrant” (someone taught using analogue methods) responds to a primarily-digital bridge environment. This highlighted the importance of managing seafarer training to accommodate the additional layer of data that needs to be processed properly. He also broached the effects of cybercrime on a modern tech-dependent bridge.

Dave Sanderson of Guidance Marine introduced some of the positioning systems developed by his company to help improve safety of vessel docking, similar to those used in self-driving cars.

Andrew Middleton described the MOD’s attempts to investigate the potential of new perspectives in physics—specifically quantum theory—to solve positioning challenges faced by the Ministry in the precision warfare arena. He also looked at denial-of-service scenarios in the likely event of intentional disruption to positioning systems in any future conflict. Although theoretical at this stage, the MOD’s target was to see inertial navigation equipment reduce drift from 1km a day to 1 metre a month using quantum gyros and accelerometers and laser cooling.

Lt. Cdr. Adam Egeland-Jensen from the Royal Navy’s Navigation Training Unit summarised their approach to the transition from navigation on paper charts to navigation using ECDIS.

Industry view of developments and opportunities

Sean McCarthy (Satellite Applications Catapult) explained that the Satellite Catapult was concerned with encouraging growth in the UK’s space sector, exploring intelligent transport, the blue economy and sustainable living; the uses for GNSS, he said, went far beyond just the maritime sector.

To round off the day Rear Admiral Lambert invited comments from the floor with a view to summarising what had been heard. The comments reiterated that there are many alternative navigation systems on the market; that awareness of GNSS vulnerability is growing; there are opportunities for cross-sector (especially aviation and maritime) exchange of lessons identified; as unmanned vessels look set to become a reality, what will the seafarer of the future need? 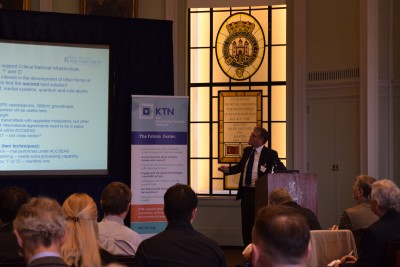 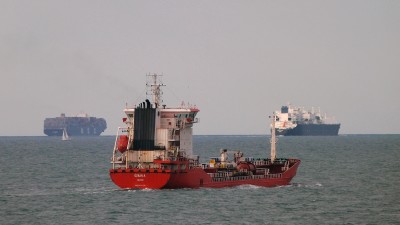 GRAD is a central resource for the three General Lighthouse Authorities

The strategies, policies and statutory frameworks that define our work as a General Lighthouse Authority